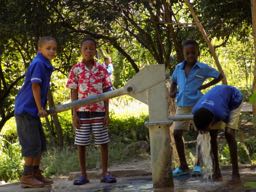 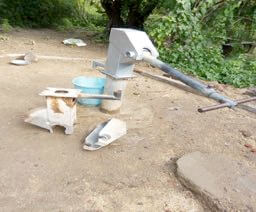 Boys use the new borehole

Moet had to stop using the borehole five months ago because it was broken.

It is quite old as it was dug in 2003 and we have been using it ever since.

The lack of a borehole has caused some problems because when the power goes off, the water pump stops working and there was no way to access the water. This was problem for the boarders in particular, who obviously on site all the time.

This month, we have been able to buy the much needed parts and the borehole is fixed.

We now have a alternative water supply which is essential for when the taps run dry. The water tastes salty but it is ideal for washing and bathing.