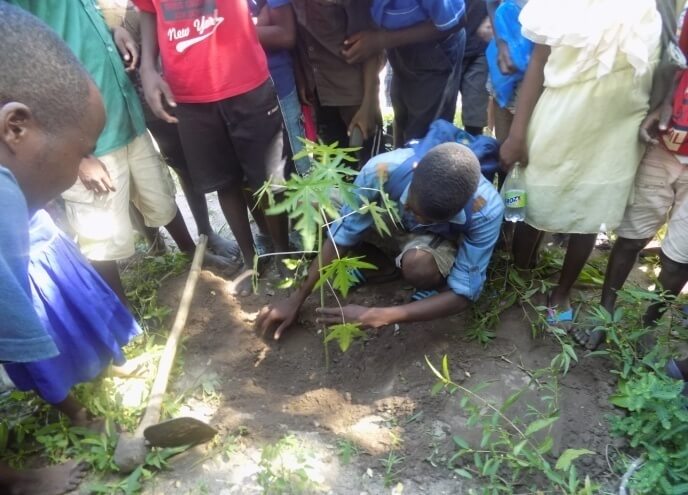 MOET BEST PERFORMERS AS OF JANUARY,2017.

During the month of January 2017, many learners performed well in their respective classes. On average, the pupils shown below were selected as overall best performers for January 2017. 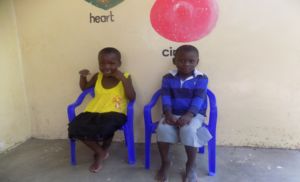 The above named students are well disciplined and always listen attentively when in class hence their best performance. 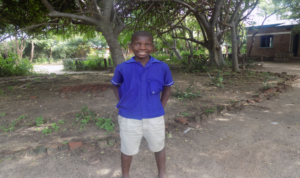 Daudi Dinaya amongst the best performers

Daudi Dinaya is12 years of old and comes from Chipoka Village in the Traditional Authority Mponda in Mangochi District. He is in Standard 5. Daudi is a single orphan who stays with his mother. 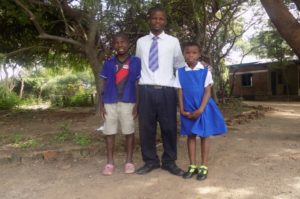 Nancy Phiri who is 9 years of old came second after Daudi Dinaya. She comes from the same Chipoka village like Daudi. She is the best challenger to Daudi who always differ by a whisker in marks.

The institutions continue to maintain the fish ponds. Fishes are doing well as no dead fish have so far been spotted. Harvesting will be effected soon and we anticipate our school Feeding Program to benefit from these.

Most Malawians experienced a hunger period during the lean month of January 2017. Despite the Food Aids being distributed monthly with support by the World Food Program (WFP) which is selective to some households, at least 40{73b4ef428908c4b299e6eb53a324bcb36b885dbbcbdcdf07470a14738ec65bc6} of the population faced hunger. The family below (a mother three children) is found in one of our target areas and the picture was taken when they had mangoes for their lunch. 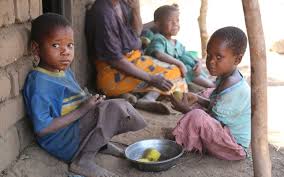 Two of the three children above attend MOET Nursery School. School Feeding Program at MOET during school days relieves the children from hunger in their families. 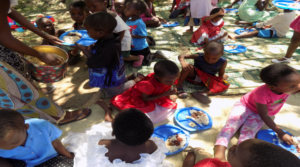 Due to the hunger situation, MOET’s School Feeding Program extended to daily for the Orphans to benefit from. This reduced the impact of hunger to the Orphans in the target areas.

The 2016/2017 National Tree Planting season was officially launched by the President on Wednesday  January 25th  2017 at Kalambo Primary School in Lilongwe, the Capital City of Malawi under the theme: “Malawi forests: Rooted in the past and branching into the future”

In January 2017, Mangochi Ophans Education and Training (MOET) led the target communities in gathering resources for the tree planting exercise as well as the practicing of permaculture as one way of conserving the environment to mitigate drought and hunger. Among the trees gathered are the medicinal value neem and molinga as seen below. 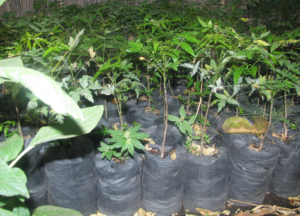 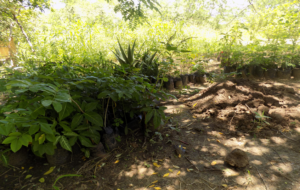 Tree seedlings ready to be planted at MOET

Our orchard at MOET was established by the Mercer University Students in 2010. Their contribution is quite memorable as Orchard is progressing well. We have just sown and mulched more fruit seeds as illustrated in the diagram. 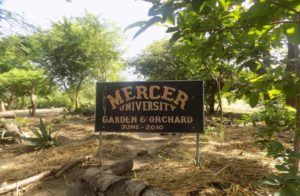 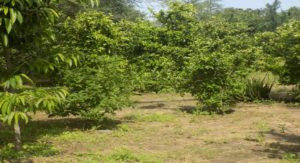 In January  2017, having seen that a lot of students both at primary and secondary levels were not reporting for school due to hunger. MOET tried to reach some of these learners with food items, exercise books, soap and others. This proved to be very fruitful  to them since there was now a higher attendance of learners at school . 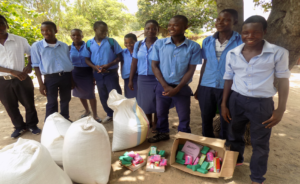 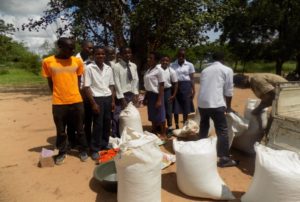 Secondary school students  have also benefited from the Outreach program

MOET encourage conservation of the natural environment and wise utilization of the resources through Permaculture. Tree planting is one of the important activities within the Permaculture implementation. January was a preparatory month a head of the Tree Planting Day in February and below are the seedlings being put in order and equipment to be used during the day. 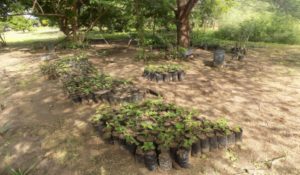 New tree seedlings raised in tubes ready to be planted

MOET Permaculture is extended to its target areas which cover a total of 30 villages. MOET Permaculture activities are implemented in clusters and are 7 Clusters in total for the 30 Villages. The Picture below is one of the Clusters being trained on how they can raise and plant seedlings.

Members of the clusters are equipped with skills and equipment to implement permaculture activities such as establishing kitchen gardens, tree nursery beds for natural and fruit trees replacement etc. Watering cans shown below were distributed to the clusters for communities to use in managing trees. 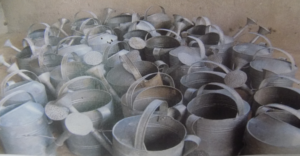