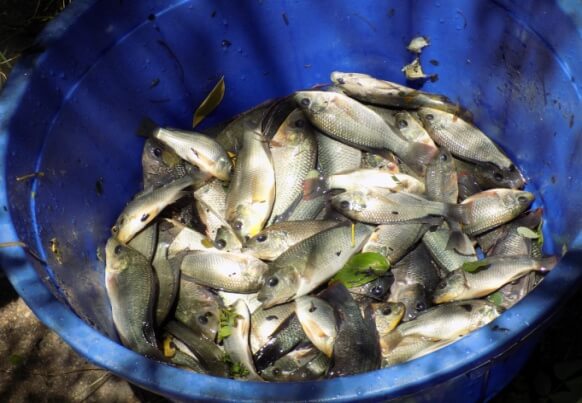 The month of February is popularly known to be in short supply of food in Malawi. MOET extended the feeding program to provide daily lunch to pupils as shown in the picture below:- 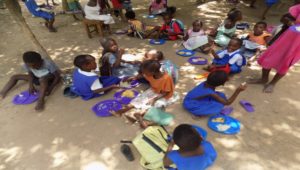 Fish harvesting exercise took place from one of the Fish ponds at MOET during the month. About 7 kilograms of fish amounting to MK21, 000.00 was realized and provided relish to children during their lunches. 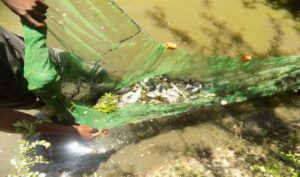 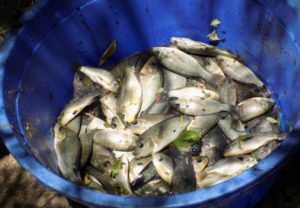 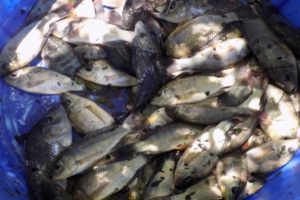 More households anticipate for an improved food reserves as rainfall distribution so far has  been  generally fair. Larger areas have had adequate rains save for few where rains did a big break causing wilting of crops within the same region. The pictures are an indication of field progress this far. 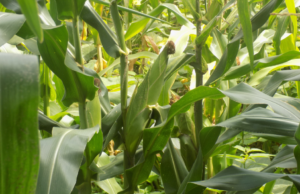 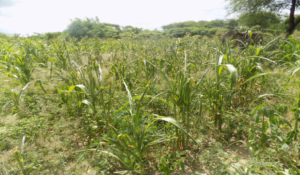 Wide gaps  in maize stages and wilting contributed by dry spells experienced in the area. 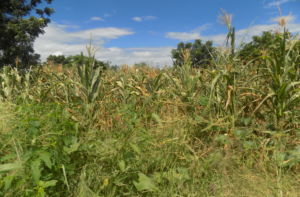 Above: Maize drying prematurely due to lack of Rainfall as of February 2017

This is one of the holistic ways of realizing the value of soil and water. Sunken beds have been prepared ready for direct sowing. Children learnt how they can retain moisture and improve the value of soil to avoid wilting of crops easily. 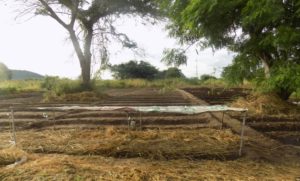 Seedbeds and nursery for vegetables 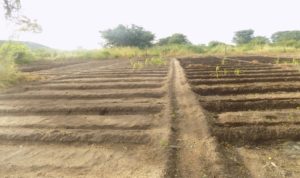 Determination and hardworking is one of the MOET disciplines instilled in pupils and staff.. MOET conducted manual work on 3rd February 2017.The activity fosters interaction and openness between each other regardless of position and gender. Duties on the day are indicated in the pictures below. 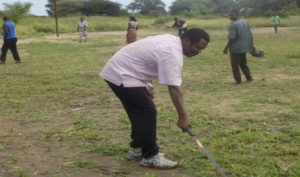 AWARDS TO TEACHERS FOR EXCEPTIONAL WORK

The activity was followed by an award presentation ceremony  to staff members who worked harder during the past academic year. 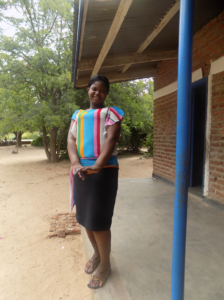 The Deputy Head teacher, Lydia Kadango above was amongst  those awarded alongside Limbani Chauluka (below) 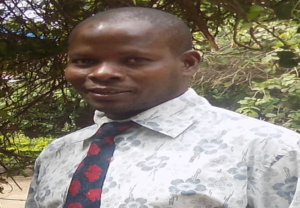 Esther Gondwe was proud to have received her award too. 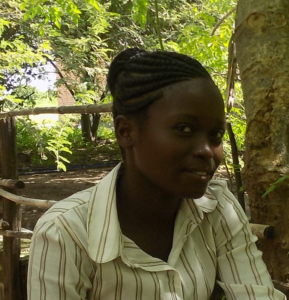 Apart from being contented with MOET Aquaculture and Botany initiatives, pupils are given the opportunity to also see the industry side of the activities. During the month students had chance realise the value of Fish keeping and flower from the above mentioned institutions. 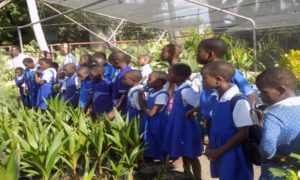 At Tropex Limited, they learnt   a lot on how trees are propagated and raised. 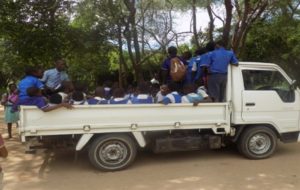 Above: Pupils on board to Maldeco Aquaculture Limited and below are pupils at the Aquaculture 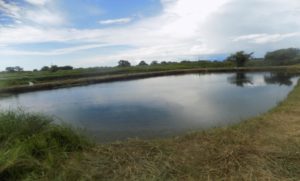 One of the fish ponds at Maldeco Aquaculture Limit

The activity took place on 20th February 2017. This activity supports the Malawi government’s efforts in tree planting initiative. At MOET the exercise also support permaculture and action on natural medicine program. 500 trees were planted on the day . 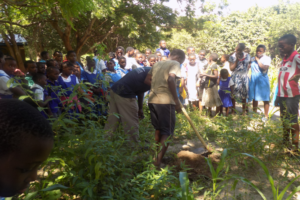 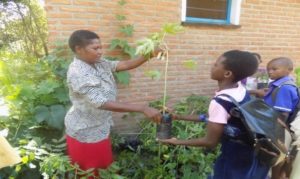 Seedlings to MOET learners for planting. 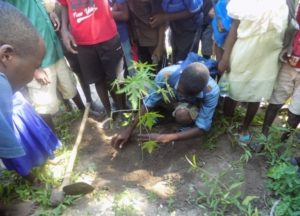 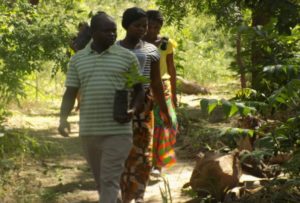 MOET  teachers   off  to their tree planting site 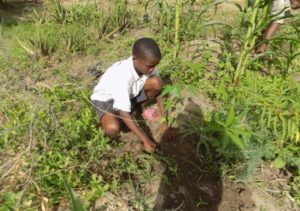 A MOET pupil planting his tree on tree planting day 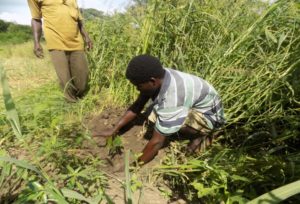 Some trees like Mb’awa (Bauhinia toningi )and Mlambe (Adansonia Digitata ) were planted along river banks to avoid soil erosion.

Trees plated during the exercise  were natural trees  Adansonia Digitata (Mlambe) Bauhinia toningi (Mb’awa) and others.

Some were fruit  trees like  Pawpaws, Mangoes, (Mangifera indica) and Lemons,  not forgetting the most important tree Moringa Oleifera.