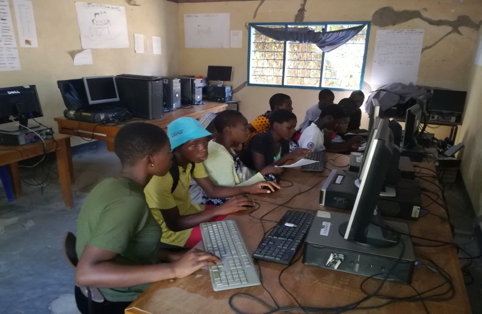 In order to ensure the Primary and Secondary school pupils at MOET utilised their time during the school holidays, they were offered access to the school’s computer room. MOET allowed pupils to have computer access and computer lessons to ensure that they remained stimulated and continued to learn throughout their school holiday.

The computer access provided pupils with an opportunity to develop and expand their computer operational and typing skills. The benefits of computer proficiency are monumental and these skills will positively assist the pupils in their future endeavours. For those students who are selected to progress to University, computer literacy is a skill that will aid their learning – as Universities commonly use computers.

The teachers were thrilled with the number of students that attended these computer sessions and they were impressed with the speed of learning shown by the pupils. Multiple lessons were held, consisting of 10 students at a time to ensure all of the pupils that took part could have a substantial amount of time on one of MOET’s limited number of functioning desktop computers.

These computer learning sessions were available to the pupils for three weeks and commenced immediately after the closure of their first academic term. This ensured that the students could continue to learn and build on their skills during the school holidays.